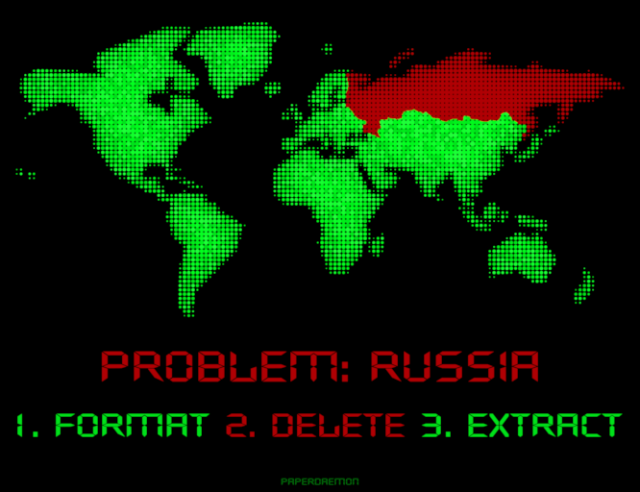 The young deputy of Polish parliament (Sejm Rzeczypospolitej Polskiej) Mr. Mateusz Piskorski is known as the radical anti-semite, racist, European nazi and skinhead. Last five years skinhead Mateusz Piskorsky some times visited where he has old friends among Russian nazis. Many of them are connected with former KGB which has now renamed in “Federal Security Service of Russia” (FSB - Federalyanaya Slugba Bezopasnosti).

Russian president Vladimir Putin and his FSB have accepted the special political program concerning which should be executed by agents FSB in . So, in 2005 agent of FSB and well known Russian nazi Alexey Kochetkov has organized the official visit of his friend Mateusz Piskorski to 's rebel Dnestr region with the purpose of political support of local criminal dictatorship. Some of heads of rebel Dnestr territories are searched by the Interpol for the illegal traffic in arms and weapons, the murders, money-laundering, terrorism, genocide and drug traffic. But they have the Russian citizenship and use Russian support. Actually FSB supervises a situation in this rebel region and colleagues of Russian president Vladimir Putin receive a lot of money from this Dnestr criminal business.

During his visit to Dnestr territories deputy Mateusz Piskorski on behalf of and “Samoobrona” party confirm “legality” of absolutely not free and completely forged parliamentary elections in this rebel region. FSB has started to provide financial support of Piskorski’s activity after (or before?) this public application. Probably, pays to the leader of "Samoobrona" Mr. Andrzej Lepper with help of his assistant Mateusz Piskorski.

Perhaps, deputies of Polish parliament receive some of Russian money, as fees for the participation in election monitoring in the countries of former . In 2005 Mateusz Piskorski has been registered, as the observer from CIS Election Monitoring Organization (CIS EMO) on elections of Dnestr parliament. This Russian nongovernmental organization has been created by agent of FSB Alexey Kochetkov under direction of FSB. Its purpose consists in support of dictators (friends of ) from all countries of former in their struggle against the democratic oppositions during the elections.

Now deputy of Polish Sejm Mateusz Piskorski and his Polish colleagues are registered on elections of the Ukrainian Parliament, as the observer from Russian CIS EMO.